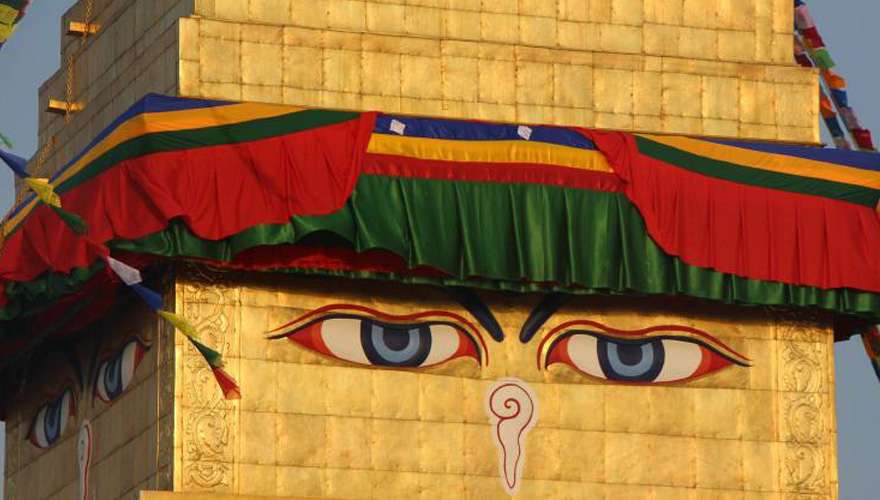 Our Nepal Cultural Tour showcases two of Nepal’s most beloved places: Kathmandu and Pokhara. Kathmandu is a melting pot of dozens of ethnic groups and more than a half-dozen UNESCO World Heritage sites. You could spend years wandering the streets of Kathmandu, and still find yourself in awe every single day. The city is a sensory overload, in the best way possible. Pokhara, on the other hand, is a laid-back city that has a small-town vibe. Scattered through all parts of the city are temples, monasteries, and stupas. Near the main strip of Pokhara lies Phewa Lake. There is nothing better to do after a full day of sightseeing than to stroll on the shore of this tranquil body of water.

The tour starts in Kathmandu, a city of medieval palaces and sacred temples. We hit the must-see temples and stupas, as well as ‘old Kathmandu,’ the ancient Newari kingdoms. Visit Pashupatinath, an age-old temple as cremation ground. The ritual burning of bodies throughout the day, combined with the presence of sadhus (wandering ascetics) give this place a mysterious and alluring feel. We also check out Pashupatinath and Boudhanath, two Buddhist stupas, overflowing with a peaceful energy that must be experienced first-hand to understand.

Then, visit Kathmandu’s old Newari kingdoms. In the heart of the capital city lies Kathmandu Durbar Square (also known as Basantapur). The several tiered buildings made of intricately carved stone and wood will amaze you. Patan’s Durbar Square is equally impressive, but with more hidden courtyards to explore. Each little winding alleyway leads to another marvelous square to explore. Bhaktapur Durbar Square is a short few hours away from Kathmandu, and is teeming with Newari culture. Come check out all three on our cultural tour of Kathmandu!

Pokhara is without a doubt one of the favorite places to visit in this tiny Himalayan country, both by natives and visitors. On a clear day, the lakeside city has a pristine Himalayan backdrop. In the early morning, head to Sarangkot to watch the sun light up these mountain peaks. Over the next day and a half, visit all the cultural and spiritual treasures of Pokhara.

Visit Gupteshwor Cave, Davis Falls, Mahendra Cave, and Seti Gorge. Gupteshwor Cave is sacred cave, noted for its phallic symbol of Lord Shiva, sacred to Hindus. David Falls is a nearby waterfall that got its name from a foreign hiker that got too close to the falls and was swept away, never to be seen again. Mahendra Cave is one of the few stalagmite-stalagtite caves in Nepal, and Seti Gorge is a, narrow gorge that flows under the city. If there is leftover time, we’ll visit the famous International Mountain Museum, which exhibits everything form mountain ethnic groups all over to the world to the expedition history of the highest peaks.

Take the Nepal Cultural Tour anytime of the year. Just be aware of the climate of the area when booking your trip. Ashmita Trek and Tours arranges the tour with full management, including transportation, meals, etc. Please do not hesitate to reach out if you have questions!

Day 1:Arrival to Kathmandu Tribhuvan Airport and transfer to hotel.

Welcome to Nepal! Upon your arrival to TIA, a representative from Ashmita Trek & Tours will welcome you and take you to your hotel. In the evening, we brief you on the upcoming tour of Kathmandu and Pokhara. Overnight at hotel.

Have breakfast in the hotel. Then, spend the day touring the most famous sights in Kathmandu. We visit Kathmandu Durbar Square, Boudhanath, Pashupatinath, and Swayambunath on this full day of exciting sightseeing. Our knowledgeable guide will inform you about the history and present day context of each place. Spend the evening as you please. Overnight in hotel.

Day 3:Drive from Kathmandu to Pokhara.

Drive 6-7 hours on the scenic Prithvi Highway to Pokhara after breakfast in the hotel. On the way, take lunch along the highway. The road passes countless villages and terraced hills, where you can observe the typical hilly region lifestyle. When we arrive in Pokhara, hangout along lakeside or walk the main street. Spend the evening as you wish. Overnight at hotel in Pokhara.

There is lots to do today! If you would like, we can wake up early to watch the sunrise with an amazing mountain backdrop from Sarangkot. Come back for breakfast and begin the day’s tour. Visit Seti Gorge, the World Peace Pagoda, Mahendra Cave, and a few other famous destinations throughout the day.Some spots are religious monuments, while others are culturally significant for other reasons. All stops, though, will leave you with some awesome memories. Come back to the hotel after sightseeing and spend the rest of the day as you wish. Overnight at hotel in Pokhara.

Day 5:Drive from Pokhara to Kathmandu.

Take the same highway back to Kathmandu, enjoying the scenery along the way. Arriving in Kathmandu in the late afternoon, take a rest or explore the surroundings. Overnight at hotel in Kathmandu.

Have breakfast in the hotel and head outside of Kathmandu city center for the day. Drive to Bhaktapur and visit its fascinating Durbar Square. The square is jam-packed with temples and shrines, which are all beautiful carved and full of rich symbolism. Try some typical Newari cuisine while you’re here. Then, move to Patan Durbar Square if you have the energy, to see the third and last of the kingdoms. Each one has its own vibe, and Patan’s is quite peaceful. Move back to Kathmandu, and have a farewell dinner in the evening. Overnight at hotel in Kathmandu.

We pick you up from your hotel and take you to the Airport. Thank you for joining Ashmita Trek and Tours on our Nepal Cultural Tour! We hope to see you soon.

Ashmita Trek and Tours does not take responsibility for any problems incurred by weather, damages to personal property, etc. We will do our best to prevent/handle any problems that happen. There is a chance that transportation will be delayed due to road and weather conditions. Therefore, it is recommended to book your international flight with several days margin.  It is possible to fly to Kathmandu if necessary (for an additional cost).