Darjeeling tourism The main attraction of Darjeeling are three ‘T’ means Tea, Timber and tourism all over the world. Verities of teas are black, green, white and oolong. Around  67 tea gardens in Darjeeling that produced different  types of tea in tea factories. The old tea garden is Makaibari and Happy valley tea estate established in 1854. Millions of visitors can enjoys  the taste of Darjeeling Tea. Nepali traditional foods are Gundruk, sinkina, Aludum, tomato pickle and  etc but mostly used foods are Thukpa,Momo,Chomin typho etc.  made by local restaurants and hotels. 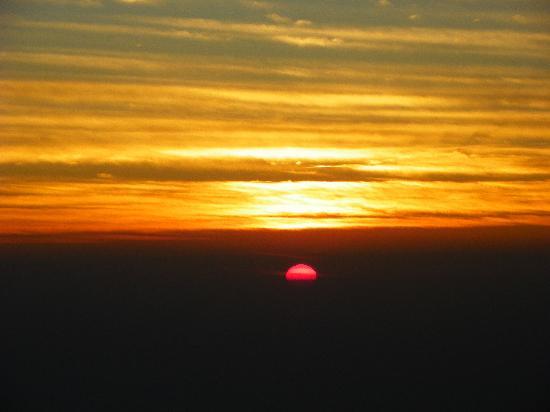 Tiger Hill: is one of the most popular tourist attractions in Darjeeling, but you’ll have to get up early to enjoy it at its best!  The hill, about 14 km from Darjeeling is at an altitude of 8,515 feet and is famous for its spectacular views at sunrise.  The top of Mount Everest is visible, between the peaks of Kanchenjunga and Makalu.  The trip to the summit of the hill is through Ghoom, the second highest railway station in the world. 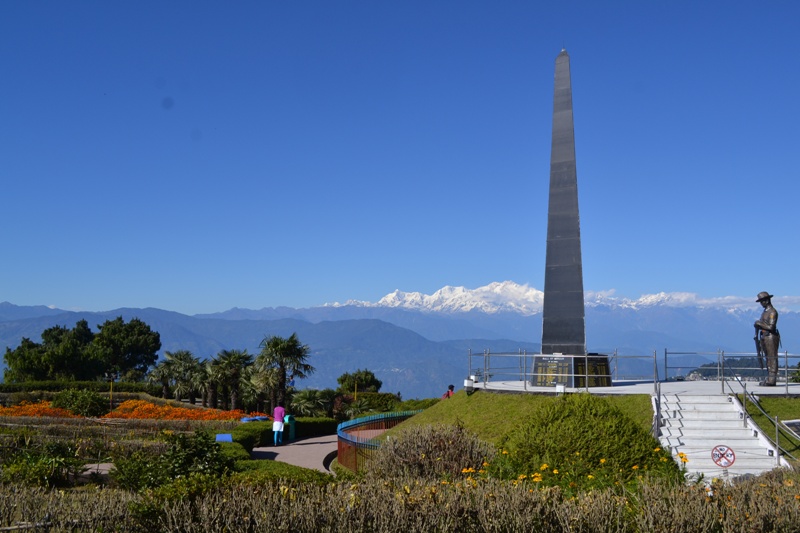 Batasia loop: Batasia loop just outside Ghoom is 5km from Darjeeling.  It was built to enable the train to descend the 1000ft drop in altitude between Darjeeling and Ghoom, and is a real feat of engineering . In the middle of the loop is a war memorial to Gorkha soldiers.  The spectacular views of the Kanchenjunga range offer plenty of photo opportunities and you can soak up the atmosphere over a cup of tea at one of the many tea stalls. 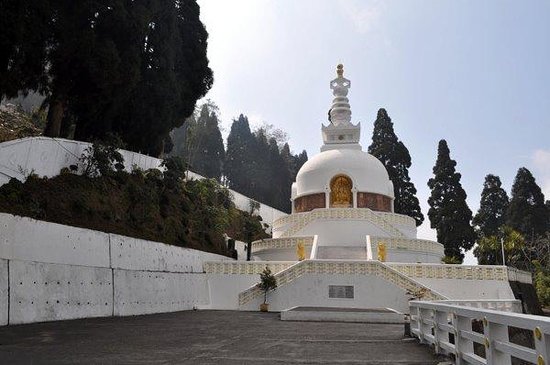 Japanese Peace Pagoda: The building of the Peace Pagoda was intiated by Fuji Guru, the founder of the Nipponzan Myhoji Buddhist Order and a close friend of Mahatma Gandhi, as a symbol for world peace. The sparkling white pagoda rises 28.5 metres from the ground level and has a diameter of 23mts. Embedded in the wall of the pagoda are four statues of Buddha in gold polish and eight carvings on sandstone depicting different stages of Gautam Buddha’s life.The best part of the Japanese Temple in Darjeeling is when the prayers are chanted. The humming and the solemn chanting of prayers give to the place a spiritual air. The visitors can take photographs inside the temple but it is strictly prohibited during the prayers. If you really want to know the meaning of peace and experience it then the Japanese Temple of Darjeeling is the best place to visit.

Himalayan Mountaineering Institute: The HMI was started in 1954, as a result of the success of Tenzin Norgay’s ascent of Everest with Edmund Hilary in 1953. It has two museums – mountaineering and Everest - as well as a training department that runs courses in mountaineering.

Himalayan Zoological Park: The zoo is internationally famous for its conservation breeding of red pandas and snow leopards, and is the only one of its kind in India.  You can also see many other types of animals including Siberian Tigers, bears and wolves and Himalayan birds.  It's well worth a visit for its scenic location and peaceful atmosphere, as well as the rare species of animal. 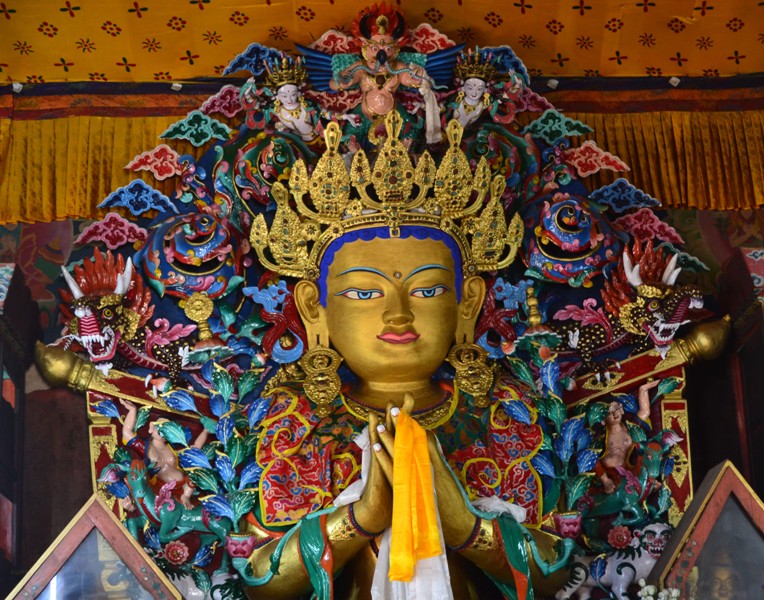 The region's most famous monastery, exudes a feeling of warmth that is not lost on most who visit here. First built in 1850, it enshrines a 5m-high statue of the Maitreya Buddha (Future Buddha) along with 300 of the most beautifully bound Tibetan texts. It's just west of Ghoom. 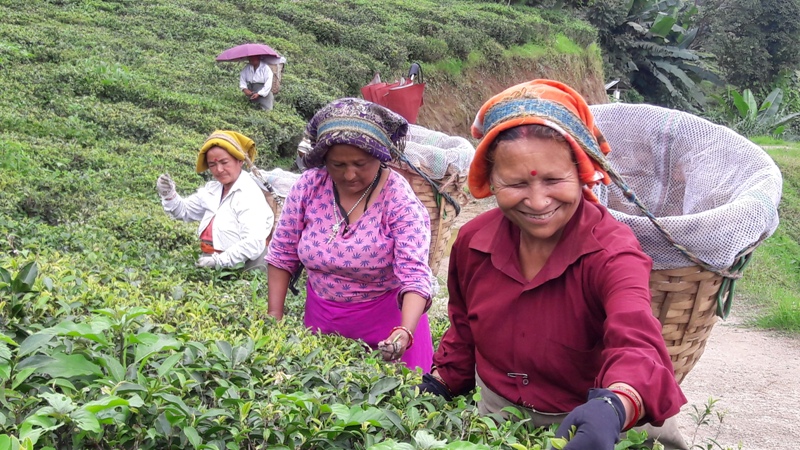 Happy Valley Tea Estate is a tea garden in Darjeeling district in the Indian state of West Bengal. The estate was established in 1854. David Wilson, an Englishman, had named the garden Wilson Tea Estate and by 1860 had started cultivation of tea. In 1903, the estate was taken over by an Indian, Tarapada Banerjee, an aristocrat from Hooghly. In 1929, Banerjee bought the Windsor Tea Estate nearby, and merged the two estates under the name of Happy Valley Tea Estate. G.C. Banerjee was the next owner of Happy Valley Tea Estate. He with his wife Annapurna Devi and three daughters (Nonimukhi, Monmaya and Savitri) lived there for some time. Annapurna Devi was related to the Ganguly family of Khandwa; her maternal uncle was Kunjalal Bihari, father of the famous cine Gangulys.

The bushes in the garden are very old — the minimum age is 80 years, and some are 150 years old. Very few re-plantation has been done in the recent past. This tea estate is the closest tea estate to Darjeeling town, and tourists often visit the garden. The tea produced by Happy Valley is exclusively sold by Harrods in UK. 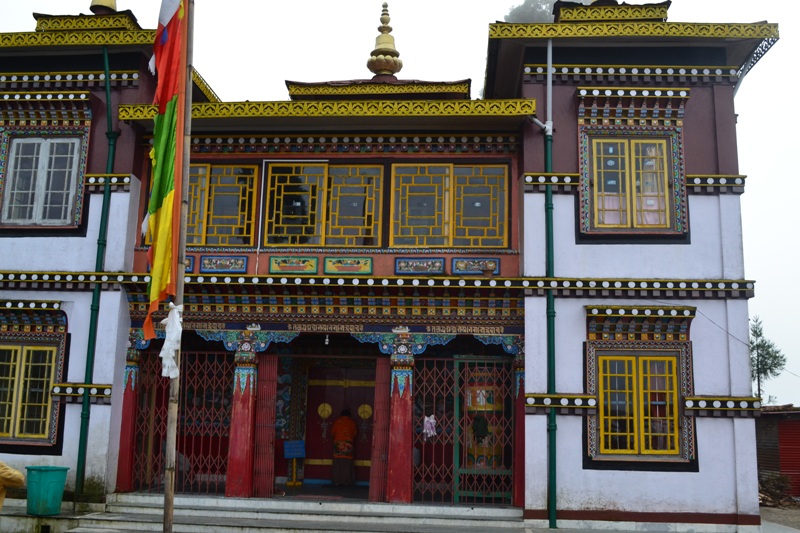 Bhutia Busty Gumpa Together, Darjeeling and Ghoom are home to a number of fascinating Buddhist monasteries. Probably the most scenic is Bhutia Busty Gompa, with Khangchendzonga providing a spectacular backdrop. The shrine originally stood on Observatory Hill, but was rebuilt in its present location by the chogyals of Sikkim in the 19th century. The gompa houses a fine gold-accented mural and the original copy of the Tibetan Book of the Dead, but permission is required to see it.

WHY VISIT NEPAL ? Nepal comfortably resides between the laps of two colossal Asian giants India and China. In spite of its small size, this nation…

This was unforgettable trekking :) We spent couple of days in beautiful mountains, among the nature, with great guide Pemba who took care of us…